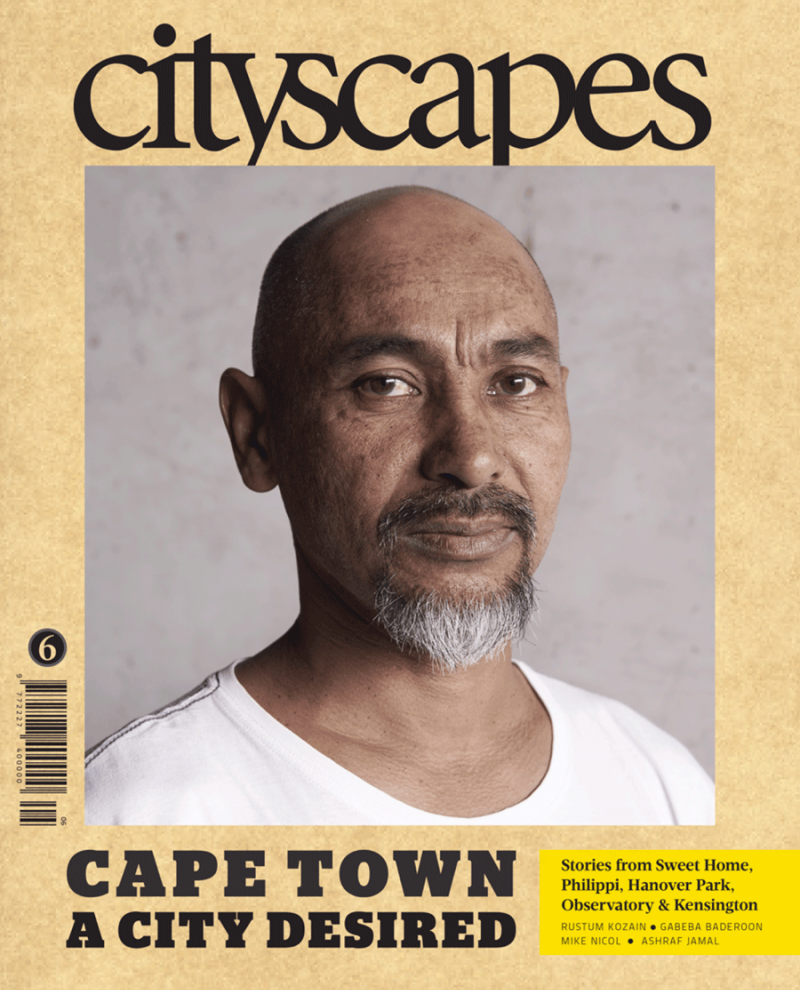 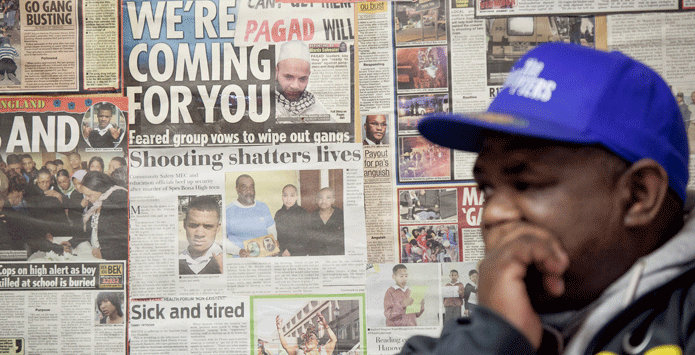 Colin Barends is not a gangster anymore. He works as a violence interrupter on the Cape Flats. His job is to get young men to rethink their code of violence, to staunch the flow of blood, nothing more.

It’s Friday night in Hanover Park. The streets hum with the frequency of youth uncontained. Teenage boys collect towards the shadowy corners, while adolescent girls pass by arm-in-arm and children careen between the rubbish bins and clothes lines rimming the “courts”, three-storey brick flats that apartheid built. “Stop here,” Colin Barends (45) says. The electric whir of the window lowers to the cool curiosity of three boys, none older than 18, all speaking an unperturbed melodic Afrikaans as they exchange remarks with Colin. “Those three are high-risk individuals,” says Colin as we drive away. “The one’s daddy is a high flyer, the smaller one’s daddy I know from jail.” Satisfied that the boys are “quiet” for the night, he continues to direct me through the area’s maze of small lanes and cul-de-sacs, carving a mysterious path according to a map that exists only in his mind.

Colin is not your typical gangster. In fact he is no longer a gangster, though it remains unclear to me exactly how “ex” someone with Colin’s history ever truly becomes. The first time I met Colin, the man who pulled up on a white scooter in front of a squat brick house in Bridgetown, Athlone upended my image of a high-ranking prison gang member. Moon-faced and almost bashful in demeanour, the stocky figure in a black and yellow tracksuit could have been any middle-aged guy at Vangate Mall. A scar resembling the Southern Cross arcs over his right eye, its horizontal axis deep enough to make you wonder. It’s the only visible trace of Colin’s past.

But Colin’s past is never far behind. Especially when patrolling Hanover Park. One of Cape Town’s 1970s-era dumping grounds for non-whites exiled from District Six and other desirable city areas designated whites-only enclaves, the neighbourhood’s very name is shorthand for the violence, drugs and gang warfare that riddle much of the sprawling Cape Flats today. As the night wears on, the seemingly random nature of our route emerges for what it is: a systematic analysis that incorporates every house and street that Colin knows—either from recent intel or general experience—to be a site of potential violence. En route, he checks in with anyone who might be armed, has a score to settle or could know something about something that’s going to happen. This intelligence gathering usually occurs somewhere between asking after a child, brother, girlfriend or “mommy” (as mothers are universally referred to in this community), and punting a new job database or rehab programme. It is this unlikely combination of Colin’s constant and embedded presence, storied past, personal well of empathy and highly analytical mind that underlie his success as a “violence interrupter”.

“You can’t take the wrong guy and make him the right guy in this work,” says Pastor Craven Engels (48) of Colin, whom he describes as “one of the best conflict mediators” on the CeaseFire team. A concept imported from the gang-ridden streets of Chicago (documented in Steve James’ compelling 2011 film, The Interrupters), CeaseFire came to the streets of Hanover Park in 2012. Officially supported by the City of Cape Town, its operations are delivered through Engels’ First Community Resource Centre, a Pentecostal Protestant non-profit organisation that has run social crime-prevention projects in Hanover Park since 2009. Engels has been involved in drug rehab and social work across the Flats since 2002. A response to increased gang-related violence across the Cape Flats, in particular firearm-related deaths involving gang members and civilians alike, CeaseFire’s primary aim is to prevent deadly retaliations between gangs through conflict mediation. It is all about knowing what is happening on the ground and acting fast. Generally the first on the scene of shootings, interrupters like Colin focus on staunching the flow of blood (the age-old code that blood must be “picked up”, as it is termed here). Then, with the help of outreach workers, the interrupters try to divert less senior members out of the life and into something else that is not yet entirely clear. They work according to an explicitly articulated public health model: “quarantining” violence “carriers” to halt “infection”, clinically operating from triage to prevention. However, in neighbourhoods where it is not unusual for 40 shots to be fired in a week, nobody is talking cure just yet.

South Africans on the whole exhibit globally high levels of trauma and stress due to the frequency of witnessing death and violence. According to the 2007 South African Stress and Health Study, the Western Cape led the nation in the prevalence of mental disorders, a distinction that mental health professionals link to the extreme poverty and violence characterising places like the Cape Flats. In Hanover Park, local organisation Community Action Towards a Safer Environment (CASE) works to address issues of trauma in the general population. Unfortunately, the type of counselling that a programme like CeaseFire requires—the interrupters are constantly on-call, and in bad times can be witness to streams of violence and funerals that no one should have to bear—is lacking.